Mediworks Rejuvenation Centre and Drip Lounge offers chelation therapy that removes heavy metals such as lead, iron or mercury from your body. To find out if Chelation therapy would be right for you contact us today or make an appointment. We are conveniently located at Unit #103 – 15222 32nd Avenue Diversion, Surrey, BC V3Z 0R8, Canada.

What is it used for?

Chelation therapy is used to reverse symptoms of hardening of the arteries, including abnormal accumulation of metallic elements. The end result is plaque formation within arteries which blocks the flow of blood. Plaques are composed of fibrous tissue, cholesterol, and calcium. Atherosclerosis leads to heart attack, stroke, and senility and may lead to amputation of extremities.

How does artery disease affect health?

Blockage of blood vessels by plaque (atheroma) reduces the flow of blood, starving vital organs for oxygen and other nutrients. Cell walls then become leaky, allowing excessive calcium, sodium, and other elements to enter. When calcium accumulates to a critical point, deposits form, like concrete. These calcifications can often be seen on X-rays. Disordered calcium metabolism can also cause coronaries and other arteries to go into spasm, further reducing blood vital organs.

How does Chelation Therapy affect health?

What are the interactions between Chelation Therapy and other treatments for artery disease?

Chelation therapy can be utilized in conjunction with most other therapies for cardiovascular disease. EDTA is compatible with blood thinners, blood vessel dilators, medicines for blood pressure and heart arrhythmias, calcium blockers, and beta-blockers. The need for drugs is often reduced or eliminated after a course of chelation therapy.

What about safety and side effects?

Chelation therapy is among the safest medical procedures. More than 400,000 patients have received over four million treatments during the past 30 years. Not one death has been directly caused by chelation therapy when properly administered by a physician who was fully trained and competent in the use of this therapy. Side effects are possible, as with any drug therapy. Vein irritation, mild pain, headache, and fatigue may occur. Occasionally a mild and transient fever occurs. These and other minor side effects, if they occur, are easily controlled by adjusting the duration and frequency of treatment, or with the use of other simple measures. Side effects tend to diminish after the first few treatments. Most patients experience few or no side effects.

How do I know if I need or can benefit from Chelation Therapy?

If you have chest pain or leg pain on walking; shortness of breath; painful discolored feet; transient loss of vision; paralysis; or rapidly failing memory, see a physician! Any unexplained or persistent symptoms which affect your heart, head, or limbs should be explored for circulatory blockage. Sufferers of cardiovascular disease, strokes, Alzheimer’s, and diabetes, and those experiencing adverse reactions to pollutants are only a few of those who can benefit from chelation.

How will I be able to tell if Chelation Therapy has helped me?

Patients routinely report a reduction or elimination of their symptoms with an increasing sense of well-being after chelation therapy. Family and friends are often the first to notice and report improvement in appearance, behavior, and performance. Comparison of pre-and post-therapy diagnostic tests can provide objective evidence of effectiveness.

Can Chelation Therapy be used after bypass surgery?

Yes! Although chelation therapy is best utilized to avoid bypass surgery, many patients who have previously undergone one or more bypass procedures, often with little or no benefit, have subsequently benefited from chelation therapy. Treatment for each patient must be individualized. If all else fails, including chelation therapy, bypass remains available as the last resort.

Are there any risks or unpleasant side effects?

When administered and monitored properly, side effects are very rare and minimal: mild nausea, dizziness, or headache. The frequency of treatment and dosages are tailored to individual kidney function and the patient’s ability to safely excrete EDTA in the urine. Kidney functions are monitored throughout the course of the therapy to ensure against overload. Since the half-life of EDTA in the body is only one hour, within 24 hours all the EDTA is gone from the body, and you are left only with its therapeutic effect.

Interactions with other treatments

Chelation therapy can be used in conjunction with most other therapies for cardiovascular disease such as blood thinners, calcium blockers, beta-blockers, blood vessel dilators as well as medicines for blood pressure and heart arrhythmias. A course of chelation typically reduces/eliminates the need for drugs.

Is Chelation Therapy a legal treatment?

How long does Chelation Therapy take?

Length of treatment varies with each patient. Each treatment lasts from 2-4 hours. The EDTA solution is infused as a very slow drip into a vein in the arm. Typically, 20-30 treatments administered weekly or biweekly are the recommended course. Surprisingly, young adults have benefited from using this therapy preventatively once every 3 months.

Interested in our services? Please call us or book an appointment today! We serve patients from Surrey BC, Burnaby BC, Langley City BC, White Rock BC, New Westminster BC, Vancouver BC, and nearby areas. 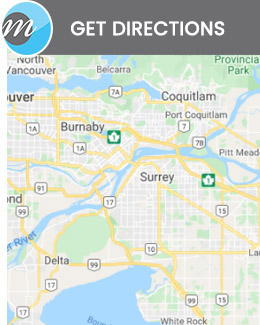 *In case of a life threatening emergency, immediately call 911.
**For any medical procedure, patients respond to treatment differently, hence each patient’s results may vary.
***Information on this site is not intended or implied to be a substitute for professional medical advice, diagnosis or treatment. All content contained on or available through this site is for general information purposes only..
****By using this website and sending us your information, you are giving us permission to contact you by electronic and non-electronic means. We also track the conversions and collect user data to improve marketing.
*****If you have an impairment that is covered by the Canadian Charter of Rights and Freedoms, Canadian Human Rights Act or Accessible Canada Act, and you wish to discuss potential accommodations related to using this website, please contact us.

How May I Help You?